Today we’re going behind the scenes and chatting with one of our designers, Ian Koenig. Ian is the designer of Neo Luna, our February design of the month (on sale through 2/28 for up to 20% off!), and was kind enough to share a little inspiration behind this design, how he got started and where he’s drawing inspiration from these days.

Tell us a little bit about yourself and your work.

I currently live in Chicago with my wife Melinda and our four-year old son Lukas. I work at VSA Partners and teach design at the Chicago Portfolio School. 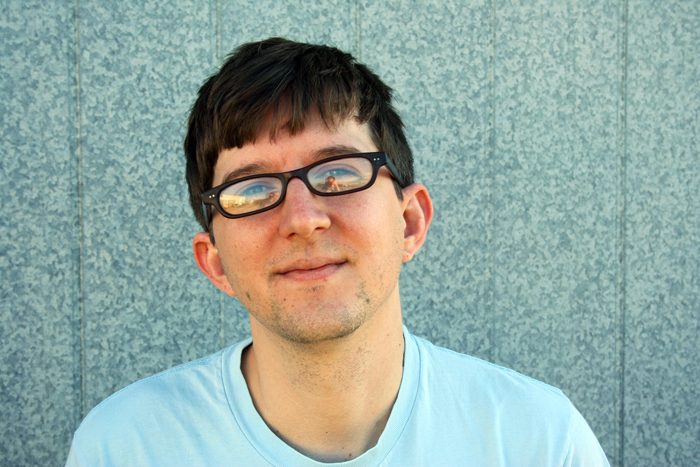 What was your inspiration behind the Neo Luna design?
Neo Luna was a continuation of an idea I had in an earlier design called Anais which was to try to get as much color into a design through an array of rules. With Neo Luna, I wanted to have a bit more fun than I did with Anais so I made the language and typography a bit more playful and introduced the Cupid idea through the arrow and heart elements. 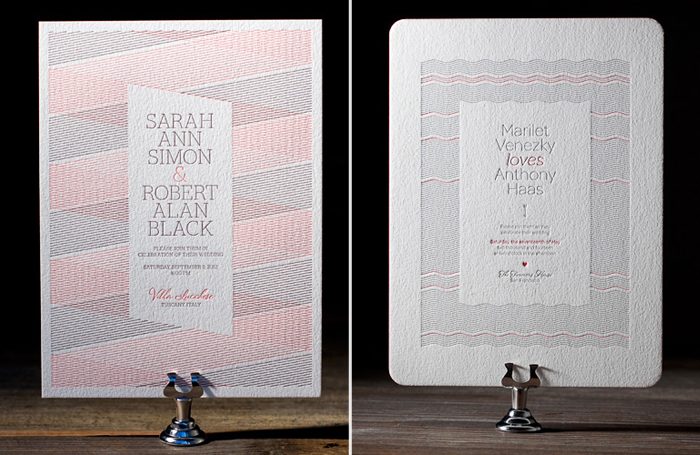 Where do you see yourself in 5 years?
Still having Friday night movie nights with my family, still working at VSA, still teaching and still designing invitations for you guys!

Who are you inspired by?
My current design loves: A Montreal-based firm named Paprika; The Book Cover Archive; the art direction of John Gall’s Nabokov book cover series; Designspiration; the illustrator Jonas Bergstrand; the designer Paul Sahre, the album All Day by Girl Talk.

How did you get into design? Was there a defining point in your life that helped shape you as a designer?
During my last semester in college, I took my first art studio class. With two weeks to go before graduation, I was on my way to class and saw the graphic design student’s work on the walls. I knew instantly I could do this type of work and was then a bit bummed that I had not made that walk four years earlier!

I rediscovered design a little while later after I quit my first real job. A friend of a friend was opening a children’s restaurant and I offered to draw him a logo. He liked it and gave me the opportunity to design the uniforms, menus, signage and the business cards. That small introduction to design was all I needed. I am still hooked.